Speaking of great things, Apple recently announced their annual Apple Design Award winners. They honor developers and designers whose apps stood out from a very crowded field in the ever expanding Apple App Store.

I was especially happy to see Day One win for its Mac app. It won previously for its great iOS app. Day One, the ultimate journal, is one of my most used apps. It’s beautiful and smart and has become a daily part of my attempt to chronicle and reflect on my life.

I use some of the other award winning apps, too. Sky Guide is magical. Just hold your device to the sky, and it shows you which stars or planets or constellations you’re seeing. (Or point your device at the ground and see the stars visible from the other side of the Earth!) At the beach this week we’ve used Sky Guide a few times to identify the planets appearing in the sunset sky.

Monument Valley is a beautiful, frustratingly challenging, and ultimately satisfyingly delightful iPad game. My 9-year-old went from near tears to fist-pumping triumph and back again trying to play her way through the many levels of puzzles. She’s playing it through again as I write this.

Threes is a fun and engrossing game with charming little details throughout.

There are a lot of poorly executed apps out there, apps that don’t delight. Too many developers are looking for a quick and easy buck, hoping to be the next Instagram or Angry Birds. I appreciate creators who disdain the “quick and easy” approach, and instead put in the effort to make beautifully designed and smartly executed apps that solve problems and add value to my life.

I’m amused by friends who flinch when I recommend an app that costs $3, or, heaven forbid, $5. (These same friends think nothing of dropping that much or more on a cup of coffee that’s gone in a few minutes.) I’m actually a bit leery of free apps. Is this free app going to target ads at me or set me up for in-app purchases or mine my information for some other service? I would rather pay directly to the makers of products I value and know I’m getting my money’s worth.

Go for quality in the things you possess, including the apps you use. Kudos to the makers who bring such wonderful tools to our devices.

Here are my current iPhone and iPad home screens: 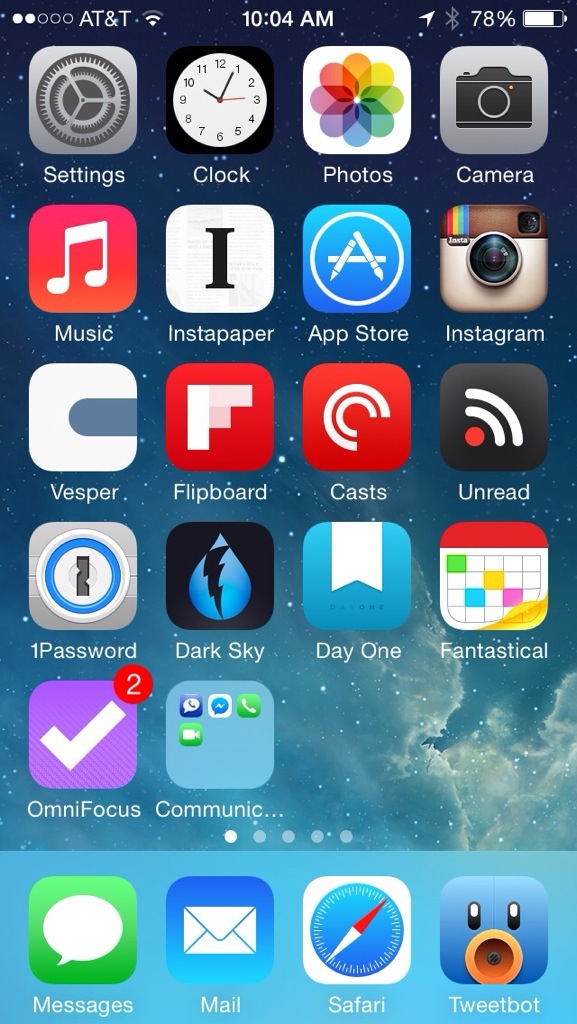