I spent my lunch break watching Apple’s WWDC keynote presentation which highlighted their newest products, including a dramatic rethinking of iOS. I can sit mesmerized for two hours by an Apple keynote. Not only do they make “insanely great” products, they know how to put on a good show. Steve Jobs is at the top of his presentation game, for example, in this historic 2007 introduction of the first iPhone.

Clearly, I’m an Apple fan. I got my first Mac, the Pixar-lamp-like white iMac, ten years ago, and I bought the 3rd-generation iPod that same year. I’ve been hooked ever since. Apple creates beautifully designed, brilliantly engineered products that make work and play more of a pleasure. They don’t hit everything out of the park, but no company has a higher batting average over the past decade than Apple.

Apple’s focus is clear. They want to make the best products in the world, if not necessarily the best-selling. (Though iPod and iPad dominate their markets, and iPhone is the most profitable in its category. And the Mac is still growing significantly compared to all other PC makers.) Unlike so many of the technology giants, Apple’s business plan does not revolve around getting their customers to click on ads. They want to make devices that make their customers’ lives better. This is their approach from the CEO down to the retail employees in Apple Stores.

My computers and phone are just tools, but I appreciate that the quality of my tools has had an impact on the way I work and play. I’m all in on Apple. If the quality I’ve grown accustomed to with their products starts fading, I’ll reassess. (I was “all in” on Palm once, and now they don’t exist.) Today’s keynote shows Apple is still going strong, still innovating and polishing and polarizing critics and fans.

The key to Apple’s success is their commitment to the experience customers have with their products. Apple products often will lose a features checklist or specs comparison with competing products. But they win, often by a rout, on the feel of their products, on the delight of using them. Apple makes the hardware and the software and controls the entire user experience.

They revealed this brilliant campaign today that tells their values in a compelling way. Making consumer products and designing experiences can be poetic and artful. We are emotional creatures, moved to action less by logic and more by feeling.

What if your company, your organization, your family was as committed to excellence and the quality of experiences, the feel of things, as much as Apple is? 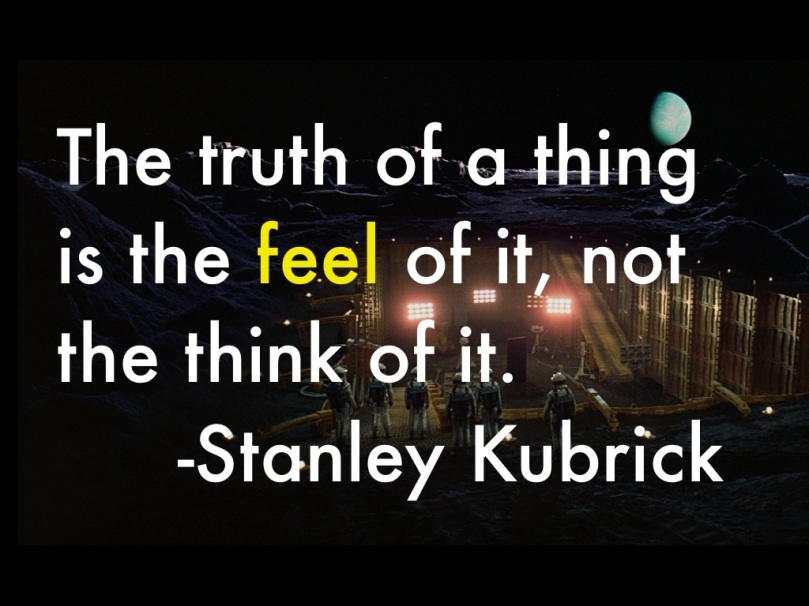 One thought on “It’s the feel of a thing, not the think of it”