My 7-year-old daughter came by my office after school on Tuesday. It’s the last week of school, and she was lively and lighthearted and spent some time, as usual, writing on the whiteboard in my office. When I left work I noticed she had written this on the board: 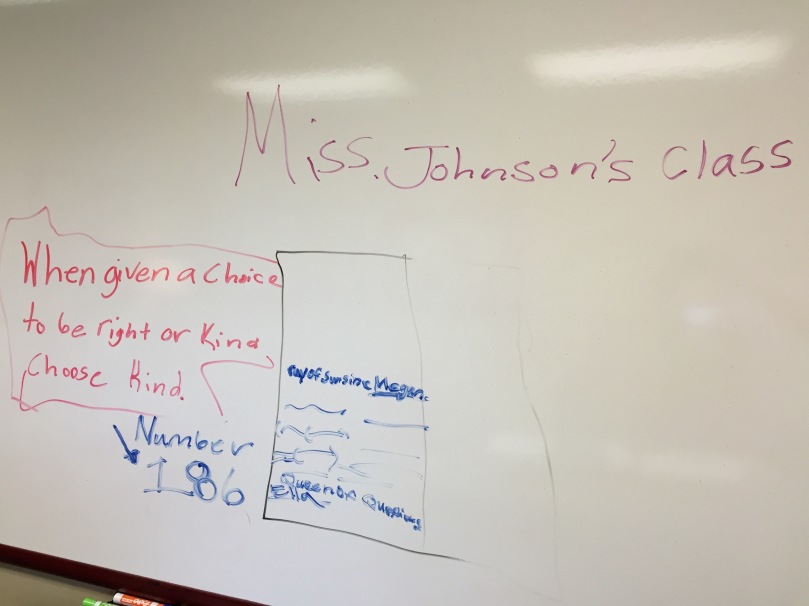 “When given a choice to be right or kind, choose kind.”

I paused and wondered where a 7-year-old came up with such a thoughtful bit of wisdom, but I forgot to ask her about it.

The next day my wife and I attended the end-of-year party for her second-grade class. Her teacher, Ms. McCranie, is a superhero of a teacher, and she’s retiring this year after a long and remarkable career. As Ms. McCranie was giving out the academic awards she came to the Citizenship Award and explained that it was awarded primarily for kindness. She said she tells her students that, “when given a choice to be right or kind, choose kind.”

“Aha”, I thought. That’s where my Annie got that wisdom. And I was so impressed that this thought had been impressed in my daughter’s consciousness so distinctly.

And then Ms. McCranie announced that the Citizenship Award for her class was being awarded to Annie.

Her mom and sister and I are entitled to smirk at this slightly, knowing what it’s like to live with her occasionally feisty and fiery moods. But if in public and at school, at least, she’s demonstrating enough kindness to win a class award and she can quote verbatim such solid wisdom, I’ll take it.

I need to have that wisdom impressed on me regularly as well. 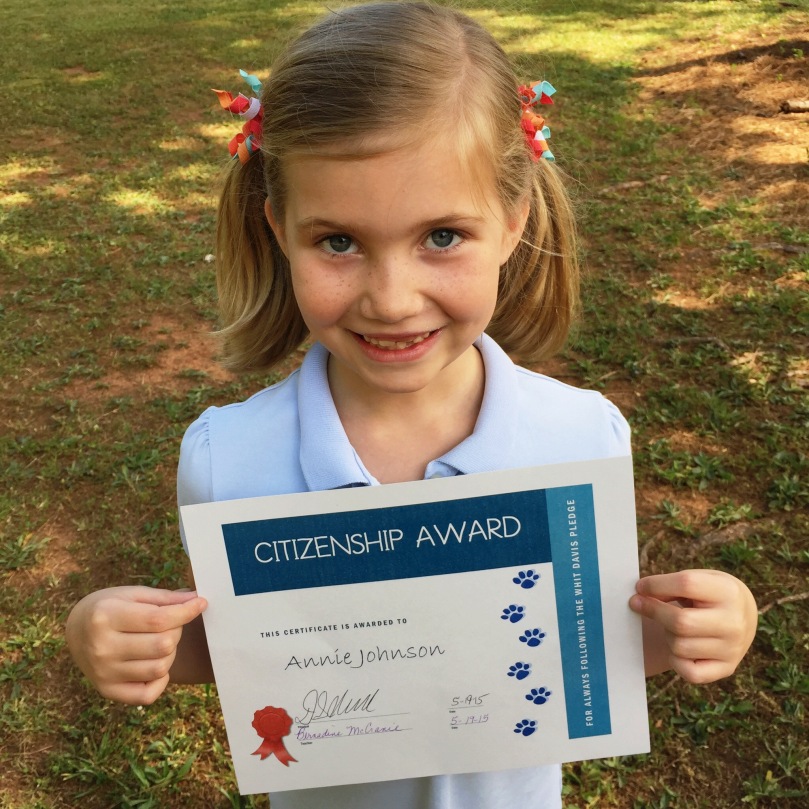