This has been speech week for me. Three speaking gigs in four days, each on a different topic. My final one of the week is tomorrow morning as keynote for a student leadership honor society event.

I don’t actively pursue speaking opportunities. They just come to me, mostly through word of mouth and groups I’ve spoken to previously. I rarely decline an invitation. I’m not so much in demand that it becomes overwhelming. Three speeches in a week is more than usual, though.

I find a lot of value in having to think through what I want to say to a particular audience. Kind of like how writing on this site forces reflection and pursuit of insight that otherwise wouldn’t happen, regularly preparing for speeches has the same effect.

And the actual experience of standing before an audience of fellow human beings and capturing their attention is a rush. It’s this scary thing that most people avoid. I still feel the fear, even after a couple of decades of regular public speaking. But it’s more like riding a roller coaster fear. I know I’m going to be alright, but I’m braced for the unexpected and the potential, however remote, for everything to fall apart.

When you truly connect with an audience, though, and see their eyes alight with new possibility, it is so, so good. If I’m physically drained at the end of a talk, I know I’ve put out quality energy and done something worthwhile. 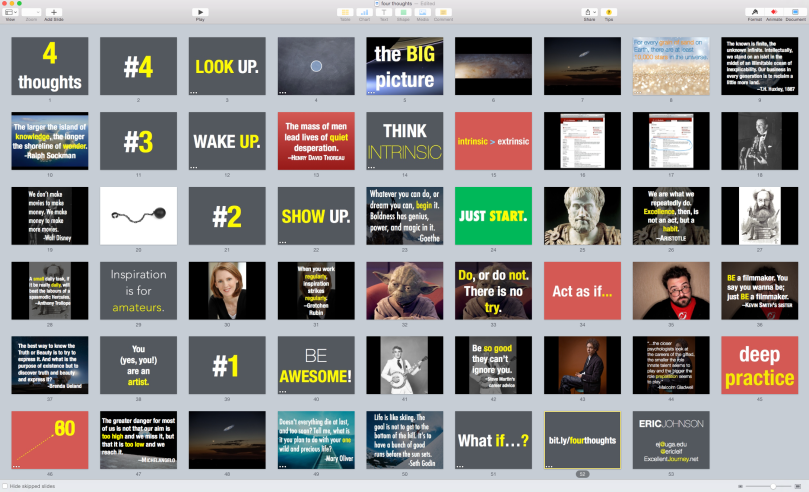